100 members of the Galway mosque left ‘terrified’ as windows smashed 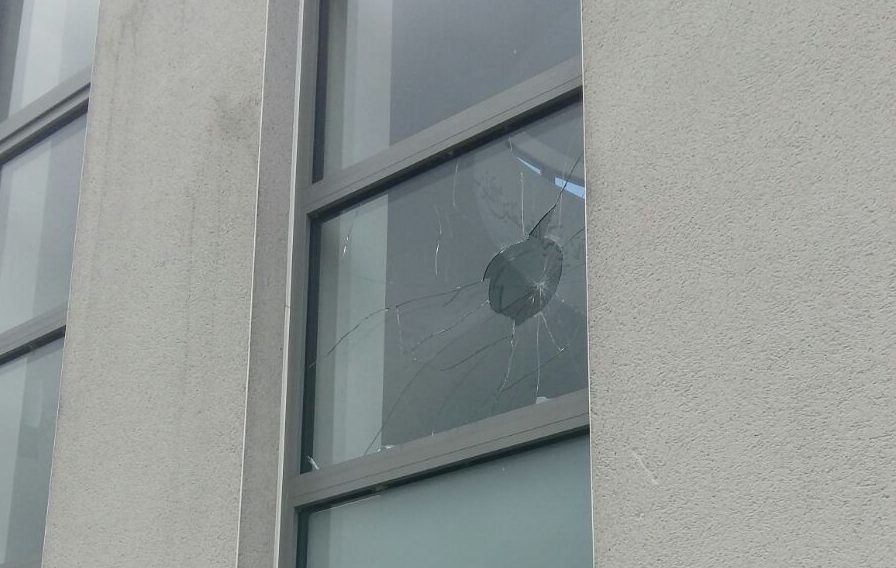 The imam of a Galway mosque which was attacked during the hour of prayer on Monday evening has appealed for “calm” in the wake of the London terrorist attack.

Imam Ibrahim Ahmad Noonan of the Masjid Maryam mosque in Galway told The Irish Times that up to 100 members of the Galway mosque were left “terrified” when rocks smashed through the windows during the attack on Monday evening.

The attack comes in the wake of the terror attack in London on Saturday night and news that one of the three attackers lived for a time in Ireland and got married here. A cross-border inquiry is seeking to establish if Rachid Redouane (30), who lived in Rathmines for a time, got married in Ireland for immigration reasons. Police said Redouane claimed to be Moroccan or Libyan.

An investigation in recent years found some men who had been refused immigration status or whose marriage plans had been questioned in Britain sought to marry in Ireland as a “back door” to staying in the European Union. It is understood he married in 2011 or 2012 before leaving for London and that he made an unsuccessful application for asylum in the UK in 2009.

Imam Noonan said the the attack in Galway took place at approximately 11.20 pm on Monday evening. “Last night, during the time of prayer and actually as we prayed, rocks smashed through the windows”, the Imam said.

“I was leading the prayers when we heard an extremely loud bang and obviously we were in the middle of the prayers so continued on but there were one or two people who left the prayers to see what the bang was,” Mr Ahmad Noonan told The Irish Times.

The Imam of the mosque in Galway said he feels that his community has been targeted as a “direct result” of the latest terrorist attack in London over the weekend.

“A group of individuals were seen smashing our windows and we believe from the descriptions given, these men are understood to be Irish. They ran away once we came outside to investigate. It’s a very disturbing attack for us as a community because the prayer was going on.

The Imam said that cameras at the mosque had captured the culprits on film and they could be seen “quite deliberately” picking up stones and throwing them at windows.

“Technically, one is not supposed to break the prayer, but we had men, women and children inside the mosque praying at the time so they were quite anxious, so it was very stressful for us to have the windows smashed with rocks.

Mr Ahmad Noonan has appealed to the rest of the Irish public not to attack other mosques in retaliation to the London attacks.

“I believe that this was a direct backlash on our community as a result of the weekend and I am fearful that more attacks will come which could be worse. I am appealing to the Irish public that what is happening in London and Manchester is sad and tragic and unforgivable but we cannot just assume that every Muslim and every mosque is involved or supporting these so called radicals.”

Gardaí were called to the scene last night and it’s understood an investigation into the incident is now taking place.

“I am thankful that the rocks did not hit any of the children inside. People were anxious to leave the building last night after the attack took place. We are now reassessing the situation for the next few days as we might encourage women and children to pray at home to protect their safety in case of further attack.”

“I absolutely condemn the attack that took place in Ireland. The Muslims are alive in the war against extremism and we are victims of these extremists ourselves. We are as much appalled and as much saddened by the events in Manchester or London as any other person.

“To blame Muslims would be doing exactly what Isis wants and it is falling into the trap of Isis. I urge everyone to stand up against hatred and stand united with the Muslims. Extremists are enemies of all of us, so therefore I am urging everyone to be united and all of us should stop any support of extremism,” added Dr al-Qadri.