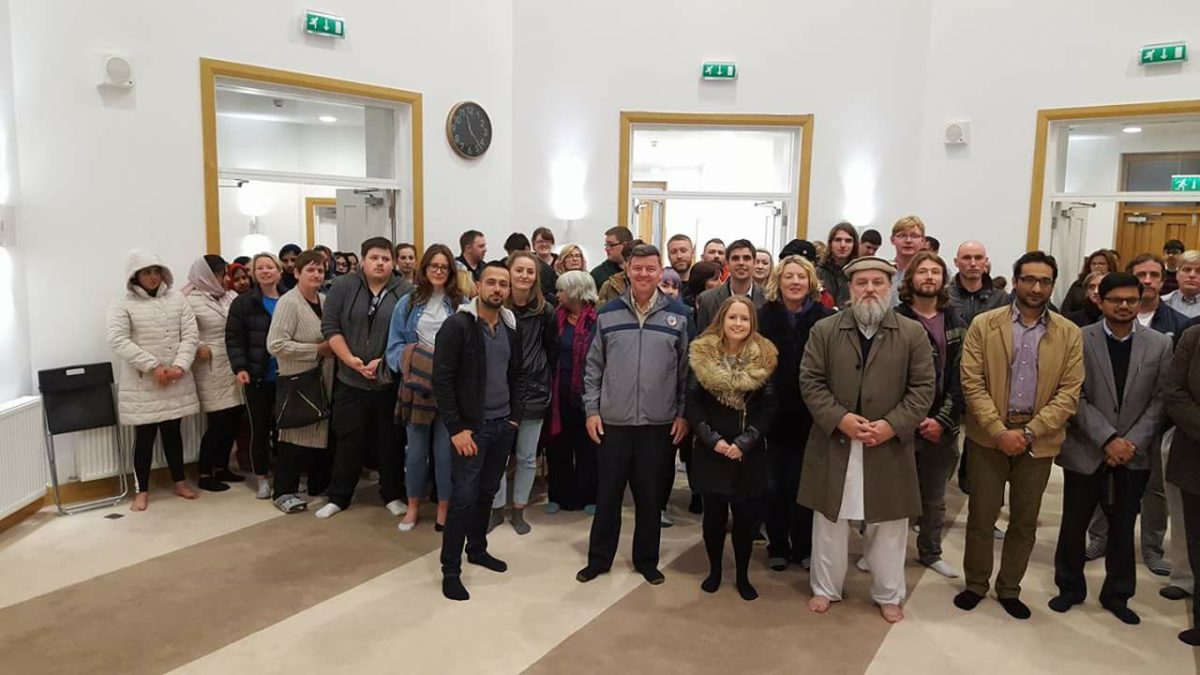 ‘We have had small incidents with kids who were just being naughty, but nothing like this’

The imam of a Galway mosque which was attacked during Ramadan prayers on Monday night said its members were heartened by the wider community’s response to the incident.

Rocks were thrown through windows at the Masjid Maryam (Mosque of Mary) in Ballybrit, which is used by the Ahmadiyya Muslim community.

Gardaí in Galway are treating the incident, which happened after 11pm, as “serious” and have appealed for witnesses to come forward.

No one was injured in the incident but up to 100 members of the Ahmadiyya Muslim community were “very shaken”, according to Imam Ibrahim Noonan, who was leading prayers at the time.

“I heard a massive bang which sounded like a fuse had blown, and when the prayers were finished we looked up and saw double-glazed windows had been smashed.”

The windows broken by the rocks were above the main prayer room, where men and boys aged over six were gathered. A number of women and children from the segregated congregation were praying in a separate room.

Imam Noonan said two men were spotted running away after the incident and that gardaí are examining CCTV footage. He said he believed it was a “deliberate” attack, as the perpetrators knew the congregation was inside.

“We have had small incidents in the past with stone-throwing by kids who were just being naughty, but nothing like this,”he said.

While Imam Noonan said he feels the mosque was targeted as a result of the terrorist attack in London over the weekend, he was “very heartened” by the response from the wider community.

The Ard Family Resource Centre in Doughuisce, which adjoins Ballybrit, condemned the incident and said it was “not reflective of tolerance in this community”. The centre’s project co-ordinator Paul Frecklington visited Imam Noonan on Tuesday to express his concern and they plan to hold a meeting for the wider community later this week to “show the real, culturally diverse and tolerant face” of the city’s eastern perimeter. 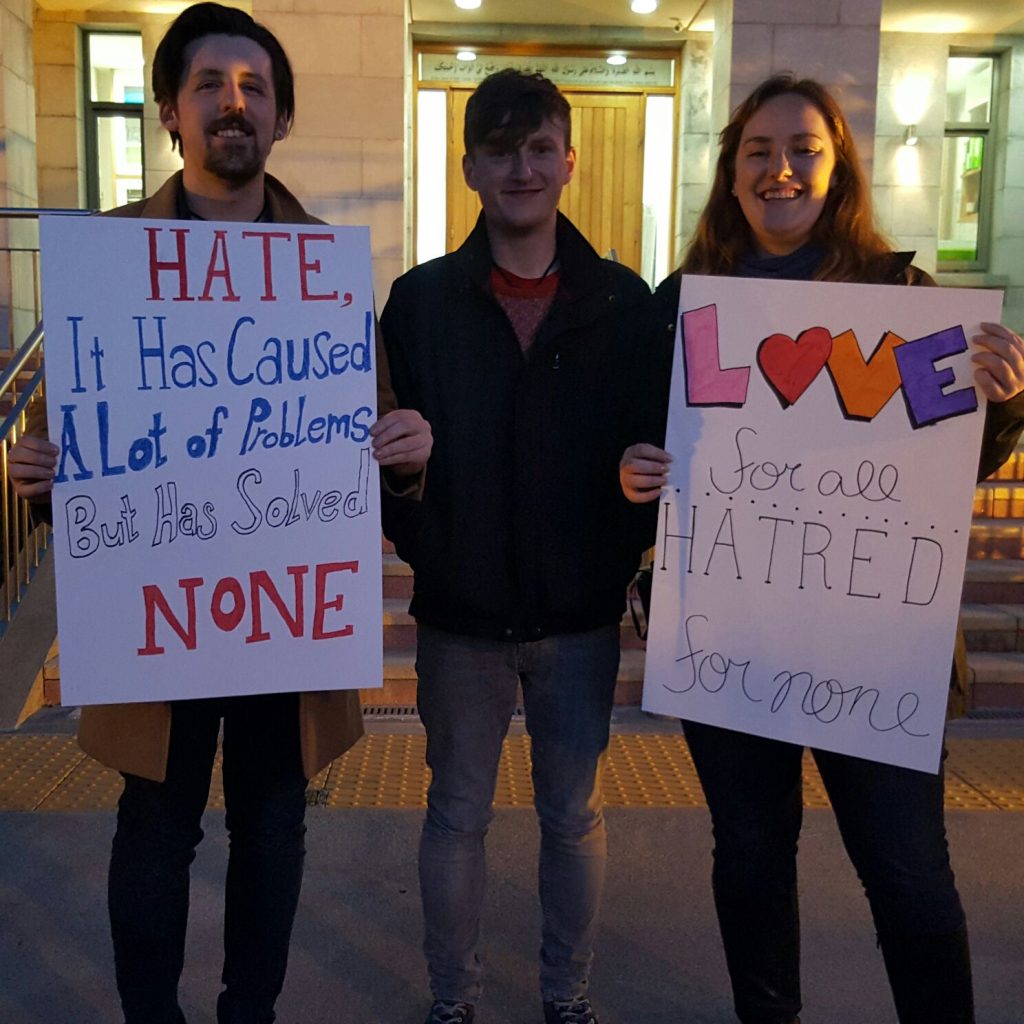 There are some 41 different languages spoken among pupils at Doughuisce’s schools, and the community, which is 50 per cent Irish, is “very welcoming to new migrants”, Mr Frecklington said.

Prof Raymond Murphy of NUI Galway’s Irish Centre for Human Rights said that the Ahmadiyya community had been “forthright” in its condemnation of all forms of extremism and violence.

The Ahmadiyya Muslim community in Galway numbers about 200, and is a minority branch of the wider Shia and Sunni Muslim population in the city, which has three mosques. The Ahmadiyya community believes in non-violence and tolerance of other faiths, separation of religion and state, and “jihad” or “struggle” by the “pen rather than by the sword”.

The commuity in Pakistan has been subject to persecution, and up to a third of the Galway congregation has sought asylum here and been in direct provision.

Social Democrats’ Galway representative Niall Ó Tuathail called on gardaí to step up safety measures for minority groups. He described the incident as “cowardly” and said he had recently contacted gardaí about the emergence of an apparent neo-Nazi group in Galway.

Shaykh Umar Al-Qadri, chair of Irish Muslim Peace and Integration Council, said Muslims are “alive in the war against extremism and we are victims of these extremists ourselves”.

He said that blaming Muslims for the attacks would be “doing exactly what Isis wants” and falling into the terror group’s trap.

“I urge everyone to stand up against hatred and stand united with the Muslims. Extremists are enemies of all of us, so therefore I am urging everyone to be united and all of us should stop any support of extremism.”

Atheist Ireland chairman Michael Nugent said the attack on the Galway mosque was “immoral” and “senseless”.