Originally published by The Eye on November 29, 2017 and written by The Eye’s staff writer Thomas Carty.

Shop Street is famous for its busking acts and other street performers. Among them every so often you will find preachers too. Jehovah Witnesses, Mormons and the two regulars, the Born Again Christians and the local Maryam Mosque Imam – Ibrahim Noonan and his followers.

Ibrahim Noonan is from Wexford. I stopped by out of curiosity one day for a chat. Waterford born, baptised as Michael and a Catholic growing up. He told me of how he found Islam and how his branch – Ahmadiyya – is not focused on Jihad but on a very peaceful form of Islam. 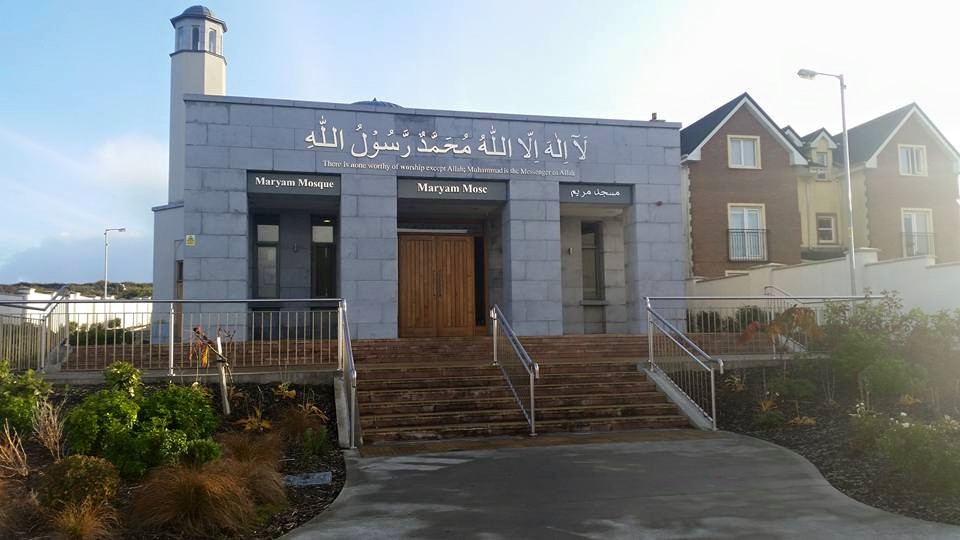 Photo Credit: They Eye. The Mosque in Ballybane, Galway

I got the image in my head of the Islamic equivalent of Amish, or indeed our own Dipper community with whom I’m acquainted. So I said I was aware that Islam saw Jesus as a prophet as opposed to the Messiah – which he confirmed, adding that Mary – Mariam as she is known in Islam – is highly venerated in all strains.

He then gave me a book on Jesus and his travels in India after the crucifixion – a belief common in Islam but blasphemous to Christians. We believe he died on the cross and ascended into heaven after the reappearance on Easter Sunday. Unless India actually is heaven!

So, I’ve often wondered, while disagreeing with their theology but acknowledging everyone’s right to believe and profess what they believe – what could the source of this story be?

The Mosque in Ballybane

Ibrahim invited me to visit the Mosque up in Ballybane. I said I would in the most Irish ‘I will, yeah’ way – but didn’t, until I came on it by accident while out walking one day recently.

I called in and met him with his son. We had a long talk on matters theological, respectfully putting forward our own points of view. I’ve had a passing interest in Islam all my life, having listened to Dad tell stories of the British Army fighting the Pashtun. The stories were told to Dad by Willie Carty – his cousin, who worked for the family of Maxwell Edward Dopping-Hepenstal back in Longford.

The Dopping-Hepenstal sisters, who owned the estate where Willie Carty was caretaker, told of their brother Maxwell’s exploits in the British Army in Waziristan. Dad always said the Soviets would never win in Afghanistan as the British could never beat the Pashtun. The Dopping-Hepenstal sisters said that the Pashtun were feared but immensely respected by the British – for their conviction of faith and deep genuine hospitality and sense of honour. Telling those stories at firesides in cottages all over North Longford where my family is from, Willie helped inspire the local rebels who saw a lot in common with these mysterious people on the other side of the world. 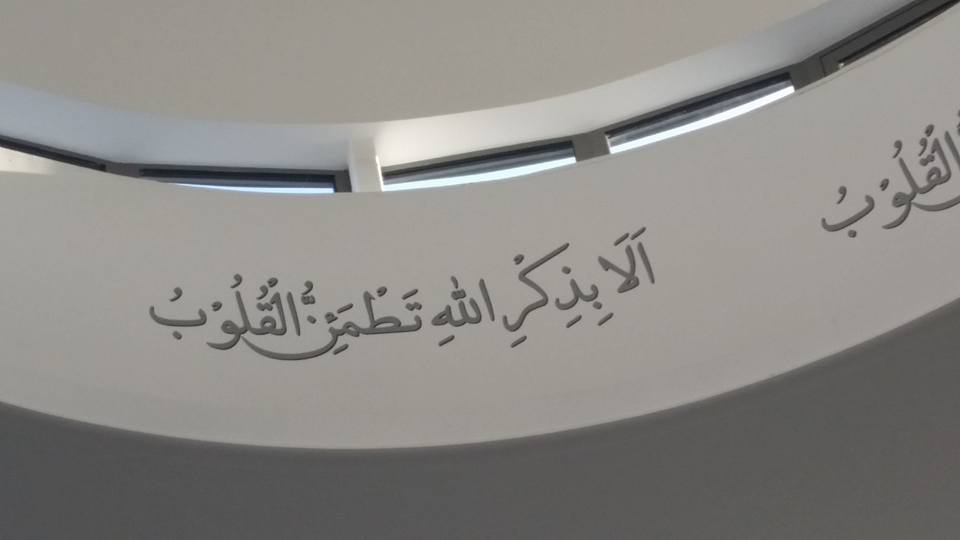 In the mosque at Ballybane, I told Willie’s stories to the Noonans. We also discussed Rumi, Shams, Hafiz and a lot of the other peaceable theologians whose quotes and poetry we see on memes going around Facebook every so often.

I am in no danger of converting. I find Catholicism hard enough to comply with! The story of Jesus in India has always fascinated me. In India, there is an early form of Christianity known as Nasrani who are often called Saint Thomas Christians as it was Saint Thomas who brought the faith there.

Thomas sometimes is known as Judas Thomas – not to be confused with Judas himself – who is sometimes called ‘the twin of Jesus’. While we believe Mary only had one child, other branches of Christianity differ. Islam could have heard of a faith founded by a ‘brother of Jesus’, only the fact he was a brother was lost in translation and they heard of the faith via Jesus preaching in India.

That’s how I make sense of it anyway, while allowing others their belief that their version is the truth, and driving atheists around the bend who think we all believe in fairies and ghosts!

Such is the melting pot of Galway, that we all can (mostly) get by together, debate our differences and respect them. Long may it continue to be so.